It is particularly fitting, and some might say even destiny, that the Celani’s ancient coat of arms consists of three silver-masted ships sailing from a grove of green poplars over a rough sea in search of a new land. Vincenzo Celani came to America in 1912 from his native town of Ferentino, near Rome. He settled in Uniontown, Pennsylvania and began raising his young family, and working in the mills in the area before moving to Detroit and pursuing a career with Ford Motor Company.

Vincenzo’s son, Benedetto, had three children, including Tom, who is the proprietor of Celani Family Vineyards. Tom began his love of wine in the 1960s, helping his grandfather make his own table wine. From these early days, Tom went into the distribution and selling of beer and wine in the Metro Detroit area working for his father. Together they grew their company, Action Distributors, into one of the largest Miller Beer distributors in the U.S.

It was then that he discovered the public’s excitement for trying the new California wines, although not at the time respected as worthy competitors to the classic French and Italian vintages. In 1983 he began to seriously collect wine, even traveling to Europe to visit vineyards. His passion for fine wine was deepening. 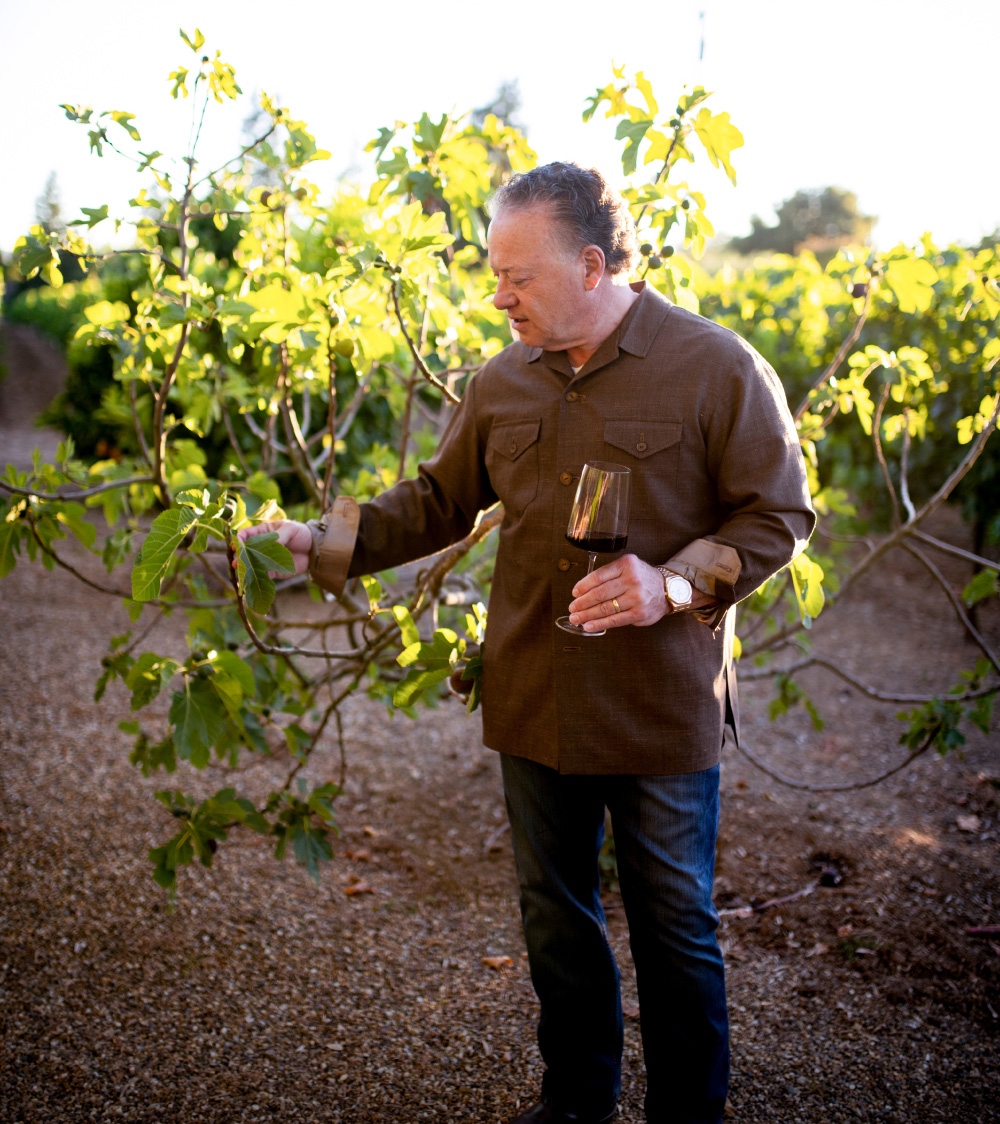 Given Tom’s rich Italian family traditions and keen interest in wine, and then winemaking, it is no surprise that he fell in love with and purchased this Tuscan-style estate, with its 17 acres of grapes and 120 olive trees in the foothills of the Vaca Mountain range, where distant homes with their twinkling lights dot the evening skies.

“If we never bottled more than 10 barrels of Ardore a year I would be satisfied, because our commitment is always going to be to quality.”
Tom Celani, Proprietor

As the proprietor of the Celani Family Vineyards, Tom has chosen to bottle wine without costs becoming a consideration. This is about quality, not quantity. The greatest compliment he could receive is to have a perfect stranger tell him that his premiere vintage Ardore is the best wine that he — or she — has ever tasted.

In little more than one lifetime his descendants have succeeded in transplanting so much of the enduring culture of their native land to their new home in America. Now it is yours to enjoy with the introduction of the Celani Family Vineyards. 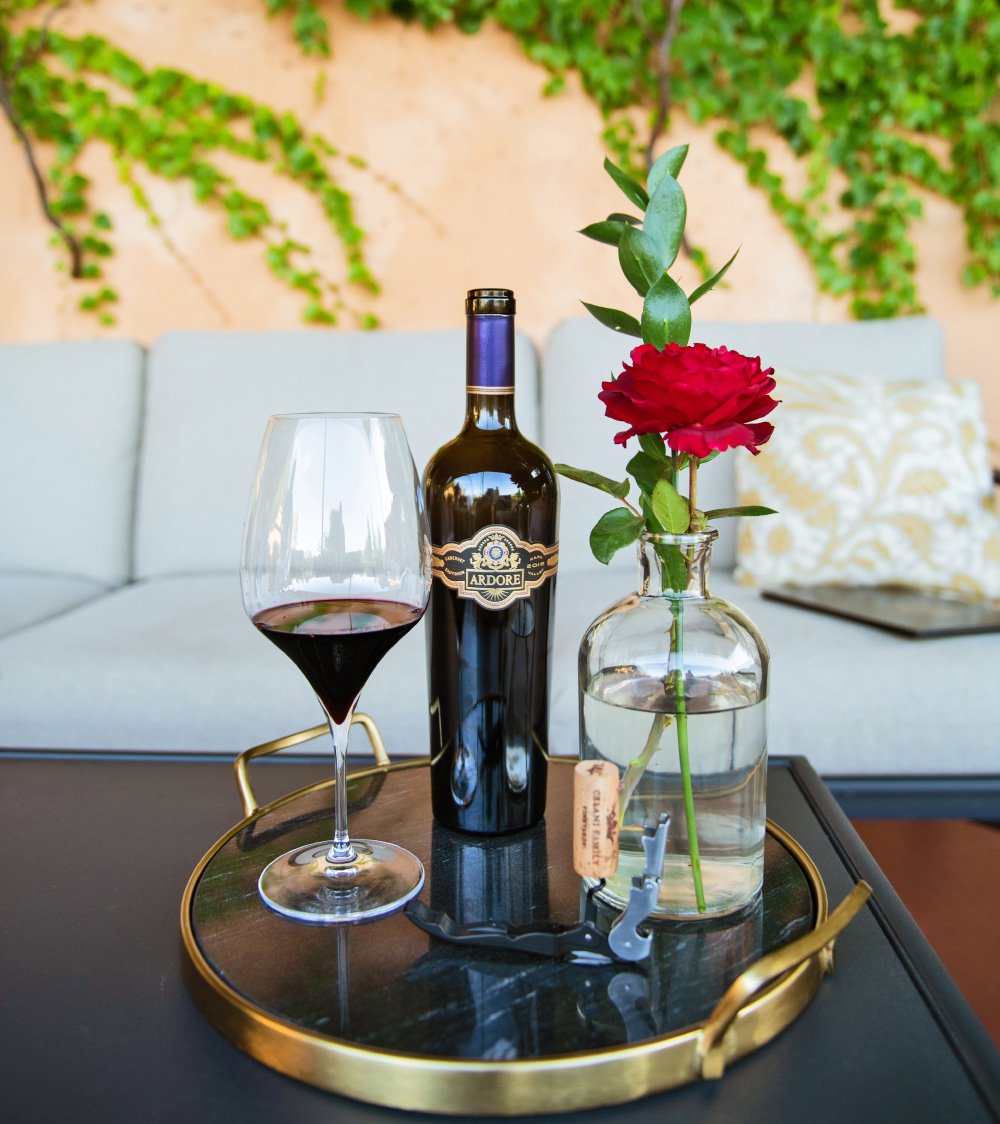 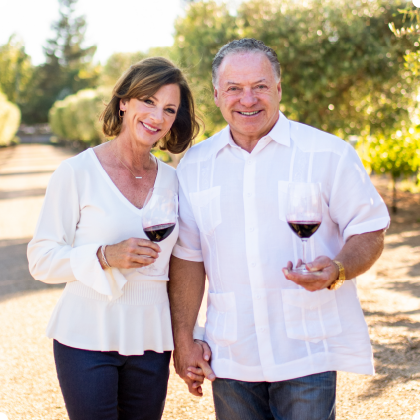 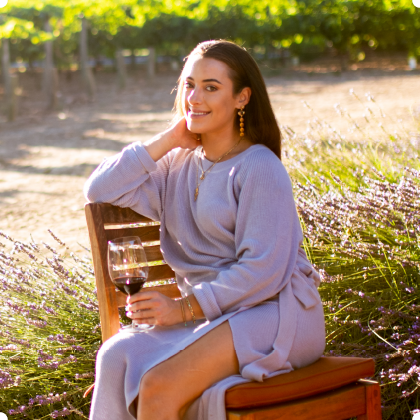 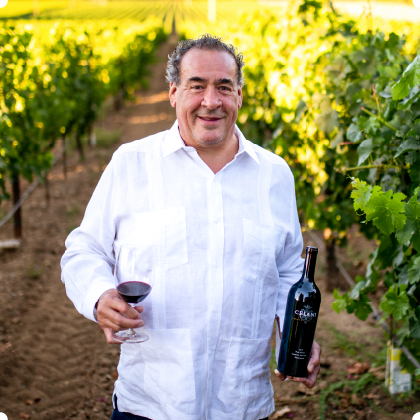 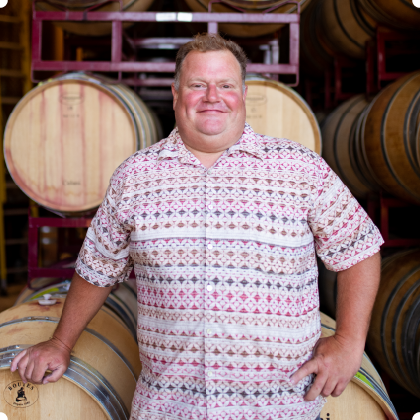 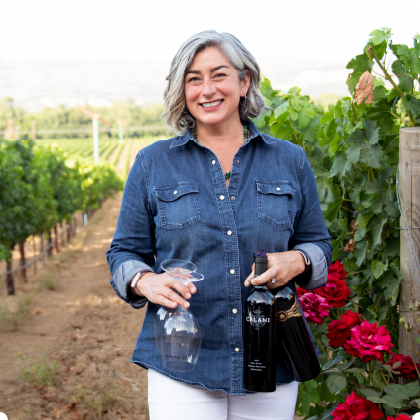 Director of Sales and Hospitality 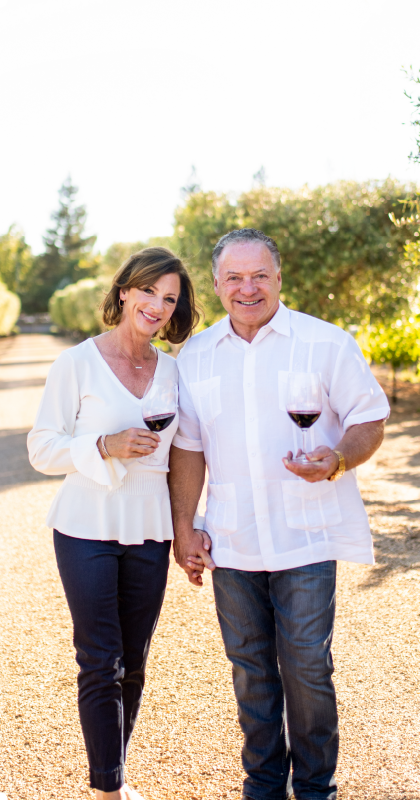 The native Michigan couple purchased the estate in 2005. Their passion for wine grew with their marriage where they became avid collectors and traveled the world expanding their palettes. When Tom first brought the idea to Vicki, she was hesitant. They had three young children and she didn’t see how they could take on such a challenge from afar. But Tom was determined, and in 2005 he purchased the estate, a surprise to his wife. They have been running the operation successfully for the past 16 years, dividing their time between Michigan and California. They are very hands on when making big moves with the wines and fruit, and quite literally hand sort all of the grapes that come in during harvest. Vick is now the president of the company and handles all of the bottling and compliance logistics. 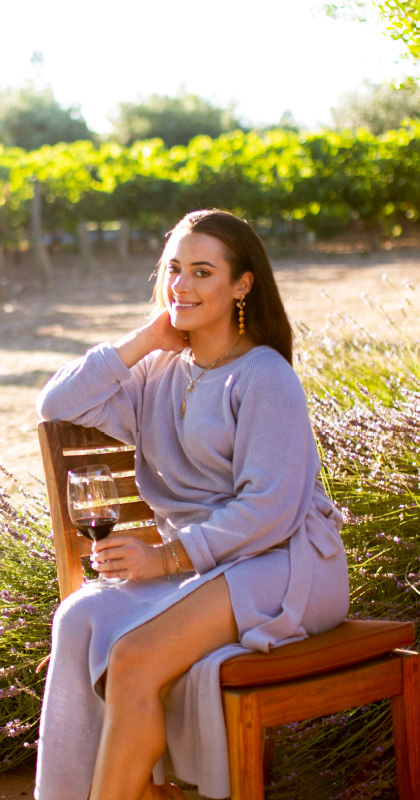 Olivia moved to Napa to join the team in 2019. In 2014, she moved from her home state of Michigan to attend college at the University of San Diego. After graduating, she explored jobs in Southern California, ultimately deciding that she wanted to get involved with the family business full time. Inspired by her parents’ passion and drive, she is excited to continue the legacy. As part of a small team, she wears many hats and enjoys the opportunity to learn all aspects of the business focusing mostly on creative direction and day to day operations. In her free time, she enjoys getting outside with her dogs and fixing up her old Victorian home in downtown Napa.

When Tom bought the vineyard, he didn’t have a winemaker, so he looked to his friend John Shafer of Shafer Vineyards for advice. Mark was up and coming in the industry and John highly recommended they meet. After one lunch meeting the chemistry was undeniable. They made the deal on a handshake and the rest was history. Mark first discovered his passion for wine in 1992 when he volunteered with a grape harvest while an Ecology Ph.D. candidate at UC Davis. He quickly recognized how winemaking, and viticulture married his lifelong interests in food, science, and culture and has been an expert voice in the industry ever since.

In 1996, he officially began his career as the lead enologist at Joseph Phelps Vineyards, where he applied his unique science background to create a distinct, non-traditional approach to all aspects of winemaking research. During this period, Mark developed protocols that would produce some of the very best wines in the Napa Valley. Soon after, he founded Merus Wines in 1998, a critically acclaimed Cabernet label that established his reputation as one of the founding winemakers behind California’s “cult wine” scene. Mark is recognized around the world for his conservationist approach that prioritizes the ecological health of vineyards to create superior quality wines.

Matt was born and raised in Sonoma, California. He graduated college in 1995 and started working at Ravenswood winery in Sonoma that summer, staying until 2006 when he came to work for Celani Family Vineyards full time. During his time at Ravenswood, production went from 185,000 cases to 1.6 million cases when the brand was eventually sold to Constellation. While at Ravenswood, Matt split his hours between time working in the cellar, and time running the BBQ’s at the property. His experience doing the BBQ’s got him the opportunity to compete in cook offs around the country. But once they realized how valuable he was in the cellar, they transferred him there full time. After a few years, he was the lead cellar worker and worked closely with the lab and bottling line manager to make sure wines were ready for bottle. He also received all the fruit during harvest and ran the crush pad, which was receiving 4,500 tons at the peak of at that facility. In 2005 he helped bottle the first Celani Family Vineyards vintage and took over production from 2006 on.

Director of Sales and Hospitality

Wendy joined Celani Family Vineyards in 2012. After selling her restaurant in Northern California, she moved to Napa in 2004 and worked as a harvest intern at Vine Cliff Winery. “It was hard, dirty work, but there was something magical about being on the crush pad as the sun was setting and that warm dusty air would settle for the evening. I was hooked on this place…this culture.” She now gets to share the culture with our guests and wine club members. Outside of the winery, her best day is spent in the garden with her husband, Barent.